The 35th edition of the Reykjavik Open 2020 will be held from April 17th until April 24th, 2020 in Harpa, the 28.000 sq. m. concert- and conference hall in downtown Reykjavik. The tournament has been the flagship of Icelandic chess for many years and one of the most prestigious and well like open tournaments on the calendar every year.

The 2019 tournament featured 238 players from 32 countries and the field included 31 grandmasters, 12 of which had an ELO-rating of 2600 or higher. Despite it still being January and the 2020 tournament only about 3 months away we already have 13 GM’s rated over 2600!

If you are looking for an interesting and friendly tournament to include in your chess calendar, Reykjavik Open is for you!

The new April schedule adopted last year is aimed at giving the players an even better chance of enjoying Iceland, with warmer temperatures when the island bursts into spring color, allowing our guests to soak up the bright spring light and hopefully having that bit of extra energy to spend on the 64 squares. The ability to witness the Northern Lights is still possible in April although it’s nearing the “offseason” for this natural phenomenon. Last year some players went on a tour at the start of the tournament and managed to catch a glimpse of the bright green light.

Much more than a chess tournament

As in earlier years, several chess-themed events will take place at the same time as the tournament, including the now-famous Reykjavík Open Chess Pub Quiz and the Golden Circle sightseeing tour that includes stops at Geysir and Bobby Fischer’s final resting place in the southern part of Iceland. Iceland is one of the most attractive places in the world to visit and play in chess tournaments. The full 2019 side-event calendar will also include a Fischer random tournament (Chess960) and Harpa Blitz Tournament. Other events might be added to the calendar, stay tuned on the tournament website for more info!

Join the legends and be part of chess history

As in previous years, the goal of organizers to is invite many of the youngest and most promising chess players in the world, as well as the strong women players. 2020 promises to be as big and diverse as previous editions!

Before moving on to the young guns, lets have a look at some strong and familiar faces in the field.

First up is the current #1 seed, Vladimir Fedoseev. 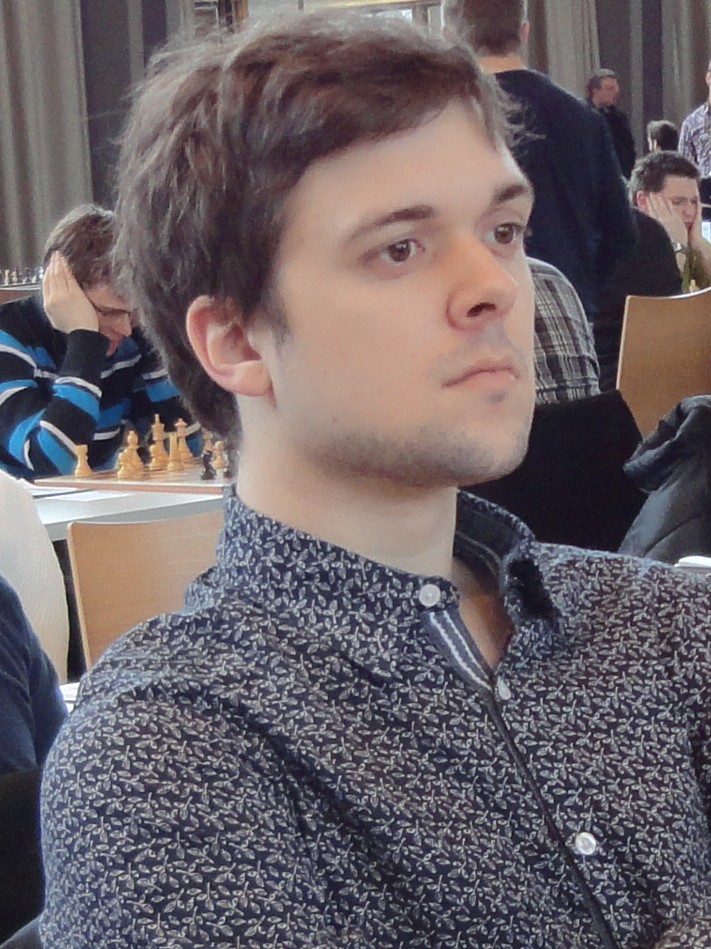 Fedoseev is a strong Russian grandmaster who would be a steady feature on most national teams but on a perennial powerhouse like Russia it’s hard for players on the brink of 2700 to make the national team. Fedoseev has nonetheless made a name for himself and he once made a splash at the World Rapid championship when he lead the tournament after two days with only the last day remaining. Vladimir is also one of the strongest players on chess.com, having made a name for himself under the screenname BigFish1995

The young generation will be well represented and several of the youngest Grandmasters in the world will be participating. In fact the tournament will feature no fewer than four of the current youngest GM’s in the world!! Andrey Esipenko is the youngest Russian Grandmaster. He already made a splash over 2 years ago when he smashed Sergey Karjakin at the World Rapid Championship, check the game here or a video here. The young Uzbek Nodirbek Abdusattorov is also registered as is the prodigal Rameshbabu Praggnanandhaa who is entering already his 4th Reykjavik Open despite his young age! Pragg has been on fire lately winning the London Chess Classic and the Xtracon opens. Of the prodigies, we should also mention D.Gukesh another of a seemingly endless sea of Indian prodigies!

The youth movement doesn’t end there as the current youngest Nordic GM, Jonas Buhl Bjerre will be playing as well. These Danes are coming up with some strong players as Jesper Thybo Sondergaard just made his final GM norm and will also play the Reykjavik Open as a GM. Thybo is already 20 years old so he is a dinosaur compared to the young guys mentioned before him 😉

The player’s list as anything but final and plenty of strong players will show up in the coming weeks. We have some familiar faces of players that have multiple Reykjavik Opens under their belt. Tania Sachdev is currently busy with commenting duties in Gibraltar but will flex her playing muscles once again in Reykjavik where she has been more times than the author can remember and has scored a GM norm here. Enjoy Tania doing us all a favor and stopping the brilliant mind of Shakh to explain his game to us mere mortals!

Former winners Erwin l’Ami  along with his wonderful wife Alina l’Ami and another former winner Abhijeet Gupta is also back and we’ve also lost count of their appearances! Other strong players making the making a familiar appearance we can mention Sebastein Maze, Matthieu Cornette, Mustafa Yilmaz and several others.

It is also our pleasure to invite our good friend, commentator, streamer and fire on board enthusiast….the GingerGM himself, Simon Williams!

The players list as always includes players and names that come again and again and again which is the greatest testament to experience that the players in our tournament have! We do have a Carlsen and he comes as often as the next guy, no it is not Magnus, but his father Henrik Carlsen is playing we believe his 5th Reykjavik Open!

If you are thinking about playing we have to mention that the supply for accommodation seems to finally be exceeding demand so prizes in general have gone down quite a bit. To further accommodate you we are offering discounted entry fees until February 1st!

So what are you waiting for? Info on joining here on reykjavikopen.com as well as info on entry fees etc.1

Demchenko catches up to Mamedov – Round 7 report
September 1, 2021

A statement from the European Individual chess championship 2021 organizers
September 1, 2021