History of the Reykjavik Open 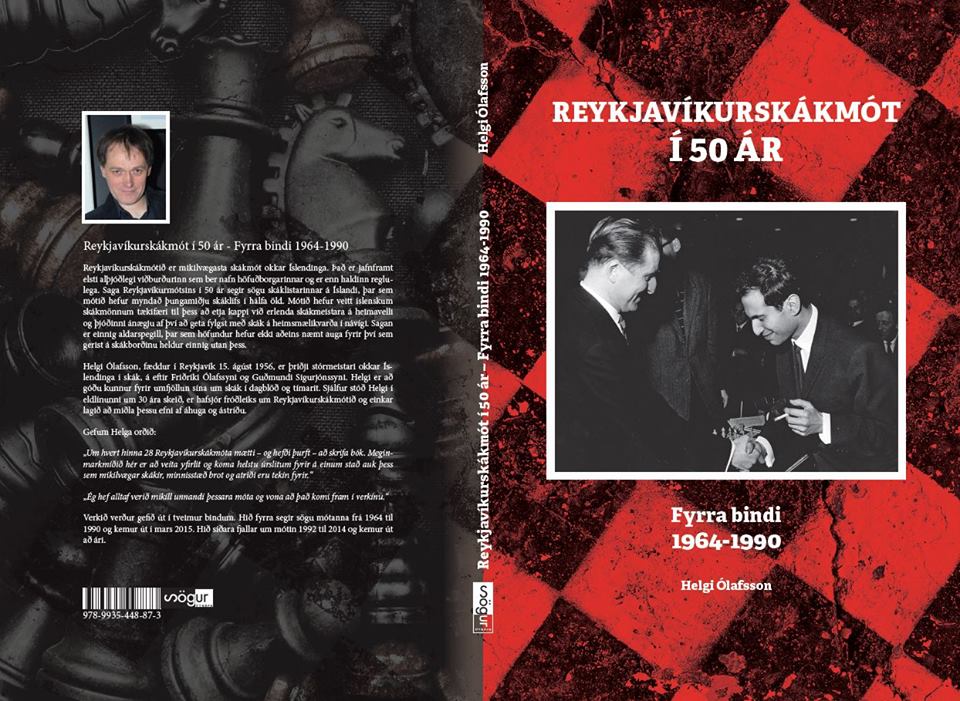 Following the 50 year anniversary of the Reykjavik Open last year GM Helgi Olafsson took on the massive assignment of documenting the history of this prestigious tournament. Before the start of this years open the first volume of two will be published in Iceland.

Although the book is in Icelandic, we know that many book collectors will be interested in this work. The book will be available during the tournament for 4.900 ISK/33 EUR.

Nobody is better suited than Helgi Olafsson to write about the history of this tournament as he has an entertaining writing style and almost flawless memory. Previously Helgi wrote a book about Fischer for New In Chess which was well received.

Reykjavik Open 2020: Special deals on accommodation and a discount off the registration fee!
November 6, 2019