A new recent tradition has been built up in recent Reykjavik Opens. A soccer match is played between the Icelandic chessplayers and a team of foreign guests. The plan is to keep this new tradition this year.

Last year we had many players participate, including World Champion Magnus Carlsen! Last year we formed a four team tournament with team Iceland and 3 mixed teams. The GM team with Magnus Carlsen came out on top! 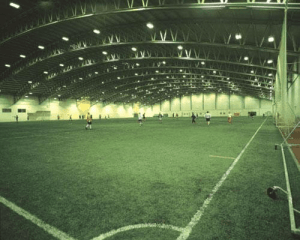 The Football match for 2016 will be on the 13th of March which is a Sunday between 22:00-23:00 in the indoor soccer hall Fífan. This year most likely it will be 4 teams and played in roughly seven men teams across the pitch instead of a full court game.

We play on artificial grass and the temperature inside the football-hall is about 15°C.

If you play football you should bring your football equipment with you to Reykjavik !